China, the world’s largest importer and recycler of plastics, metals and paper, placed an import ban on a variety of scrap materials in July of 2017. This ban may significantly affect the plastics and recycling industries, considering the fact that almost half of America’s recycled material was exported to China in 2012.

To go into specifics, this ban (announced by China to the World Trade Organization) stated that the country would not allow imports on 24 different types of scrap by the end of 2017, going as far as calling the variety of materials “foreign garbage.”

Some of the materials that will be banned include the following:

China also stated that these imports have done damage to their environment and the country’s overall public health, as they claim the imported materials have left their land filled with smog and contaminated soil. There are also concerns from a public image aspect, suggesting that China does not desire the perception of being the “world’s junkyard capital.”

So where does this ban leave America – and the rest of the world – in regards to properly recycling their material?

Many professionals and organizations have responded to the ban with a growing number of potential problems, stating concerns that restrictions like this could backfire.

Possible concerns that have been pointed out include:

A Positive Spin on the Recycling Ban

Another way to look at China’s recycling ban is through its silver-lining: new developments. Cross-industry business collaborations have been in talks between major companies such as Target, P&G and Coca-Cola. These companies have made pledges to use more recycled plastics in their supply chains and industrial facilities.

Goals for these businesses include automating the use of recycled materials and creating a supply channel that provides companies with more control than they had when a higher amount of their materials were being sent to China.

This ban is causing countries such as America that have relied on China’s importing to rethink their recycling processes, and flip the switch on making the world more sustainable.

Check Out Our Blog for Other Ways to Recycle Plastics

If you’re a plastics company looking for eco-friendly ways to recycle your material, or if you’re just looking for ways to be more sustainable at home, visit our blog for tips and tricks related to the plastics industry.

There, you’ll find blog posts such as: 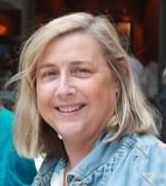